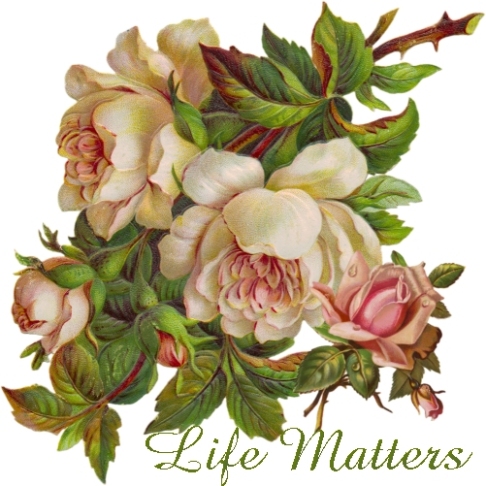 Yesterday I started writing this blog.

And then I deleted it.

And then I started writing it again.

And then I deleted it… again.

I deleted it because there was nothing funny about it. In fact, it is an unpleasant topic, that, like most people, I’d rather avoid completely.

I deleted it because there are women I know and love who are walking wounded, and it hurt my heart to think of reopening their wounds and causing any more pain. But maybe truth can be spoken in love. And instead of hurt, these words can set someone free.

So I started writing it a third time.

And you guessed it; I deleted it a third time.

And then I spent an hour reading stories that will haunt me for a really long time. Stories of botched abortions, partial birth, tiny little jaws, hearts, limbs.

Stories that, quite honestly, if I could go back and unread, I would.

And then I started writing… because PEOPLE MATTER.

They aren’t a consequence of sin or circumstance.

They mattered when they were carefully woven together in their mother’s womb.

“For you created my inmost being; you knit me together in my mother’s womb.”

They mattered when they were made in the image of God.

They mattered when there were created for a purpose and with a plan.

“For I know the plans I have for you,” declares the Lord, “plans to prosper you and not to harm you, plans to give you hope and a future.” Jer 29:11

And so I started writing again, because how can I expect a DESPERATE WOMAN, who either believes she has no other options or is terrified by the options she has; how can I expect her to be BRAVE and TAKE A STAND, when I’m not even in her shoes and I am too afraid to say LIFE MATTERS… at every stage.

Tuesday, November 19. The voters of Albuquerque, NM have an opportunity to vote FOR a ban on late term (post 20 week) abortions. Will you join me in praying for this historic day in our cities history? Maybe you’ll even be brave enough to publically declare that LIFE MATTERS.

To the walking wounded: You matter. You are fearfully and wonderfully made and NOTHING, no NOTHING, can separate you from the love of God. Come to Jesus, let Him bind your broken heart.

Praying for you. Xoxo,